In a globalized world in which it gets easier and easier to chase the vestiges of a nationalism and traditions in spite of a complex reality, it's not always easy to see the beauty of the Other; even less letting oneself be influenced by it.

None of this, however, happened in the meeting/fusion between Italy and Japan, thanks to designer Kawamoto Makoto. Born in Hyōgo in 1965, Kawamoto earned a degree in Osaka before starting an interior design career in Tokyo . In the early Nineties she moved to Milan, where she opened her own studio. While in Italy's design capital, Kawamoto had an intuition that changed her career: fusing the forms of Sixties' Italian design with japanese lacquer, into objects for everyday use. This intutition turned into the Kawatsura Shi-ki brand, whose objects can be truly seen as the results of a transnational creative activity. Kawamoto designs the objects together with eight italian designers, and the goods are then sent to Kwatsura (Akita prefecture), a famous center for lacquerware. Here, a team of artisans creates Kawamoto's final products: while the process was seen with suspicion at first, now they are perceived as a precious means to export shikki outside Japan, as Kawamoto's items are sold in luxury shops around the world and figure at international fairs such as Milan's Furniture Salon. Following tradition, Kawamoto's objects are designed for everyday use, giving back to lacquerware its practical function as utensil or container; a function that has been largely lost since the Meiji era, when lacquerware became eminently ornamental in function. A bridge between past and present, between Japan and Italy, Kawamoto Makoto treads unbeaten paths in transcultural communication. 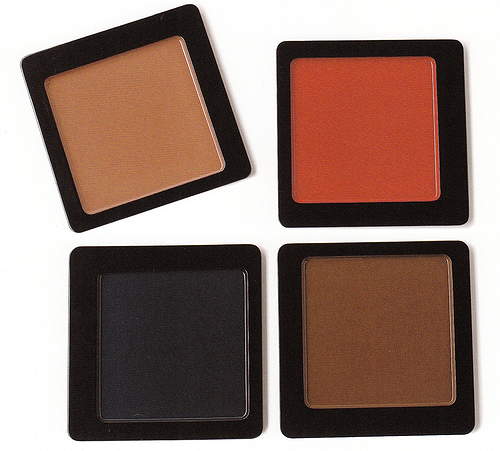 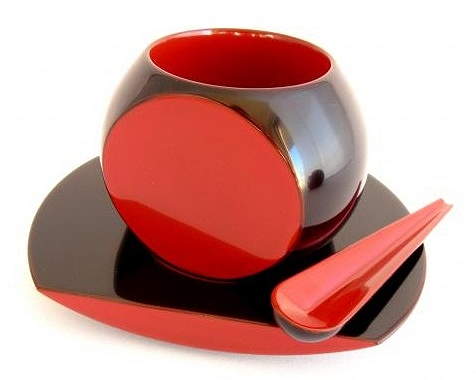 Saucer with plate and spoon 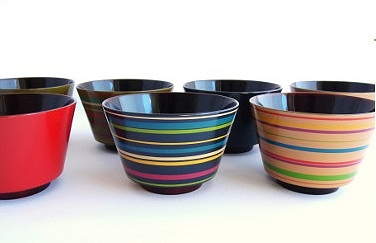