Kiseijū – The Unwanted Guest (Kiseijū 寄生獣) is a 1988 seinen manga by Hitoshi Iwaaki, first serialized in Morning Open Zōkan and then in Afternoon until 1995. The series gained notoriety only in the last few years, mostly thanks to a live adaptation and the animated series by Madhouse in 2014.

In Italy the manga’s publishing rights are with Goen, while the anime license has been acquired by Dynit. 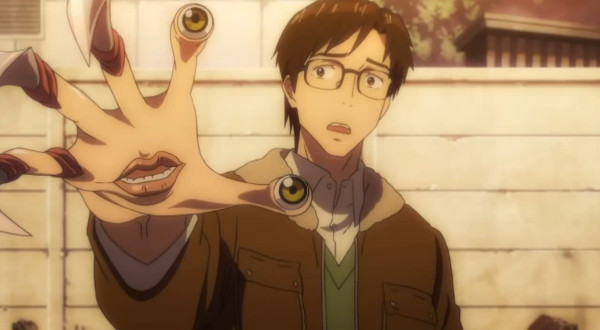 Kiseijū is, for the most part, a sci-fi piece, featuring however forays into other genres and fairly heavy themes. Mysterious worm-looking aliens make their landing onto Earth: they have the ability to enter a human body and take possession of the host’s brain. Shinichi Izumi, a seventeen year old student living with his parents in Tōkyō, is also infected by one of these aliens: however, thanks to a pair of headphones he’s wearing, the parasite only takes possession of his arm, which becomes sentient! It’s the beginning of an unlikely alliance between Shinichi and Migi (migi 右, ‘right ‘), as the death of one of them would also mean the death of the other. The latter, in a bid for survival against the cabal of parasites invading the city, can also grow and bestow upon Shinichi superhuman strength and a variety of fleshy weaponry.

Sci-fi aside, the series also features some fairly gory moments, like in the violent fights between parasites and their human proxies; as well as some straight-up drama and romantic moments, thanks to well rounded secondary characters such as Satomi Murano, the girl Shinichi falls in love with. But there is more. Toward its end, Kiseijū leaves the viewer with a very interesting question to consider: the true ‘unwanted guest’ is the parasite or the human? As humans despoiled Earth, isn’t it logical that someone above them in the food chain exists? 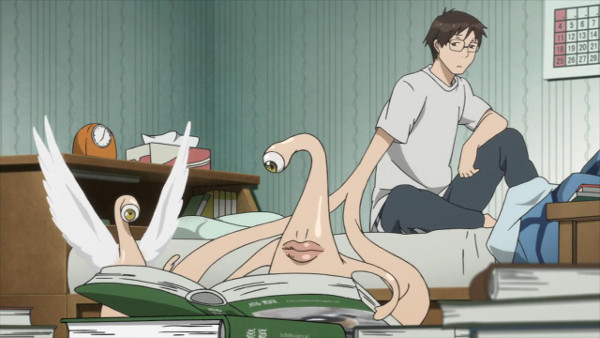 Kiseijū is, after all, a coming of age story not only for Shinichi and Migi, as they both will change their own and each other’s outlook by the end of the story; but for the reader too, given how well the series conjugates entertainment with psychological depth and the clash of conflicting viewpoints. Highly reccomended.