Ergo Proxy (Erugo Purakushī エルゴプラクシー) is a 23 episodes anime series, aired in Japan in 2006 and distributed in Italy by Panini Video in 2008, before airing in 2011 in Rai4. There is also a spin-off manga, Centzon Hitchers & Undertaker (Sentson Hicchāzu & Andāteikā センツォン・ヒッチャーズ&アンダーテイカー), still untranslated in Italian.

“The city of Romdo. Surely humanity’s last paradise: a haven from the planet’s worsening environment. Life is always the same inside it, truly a boring paradise.” These are the words of the series’ protagonist, young Intelligence agent Re-l Mayer, as she introduces the main setting of the action, the Dome of Romdo. 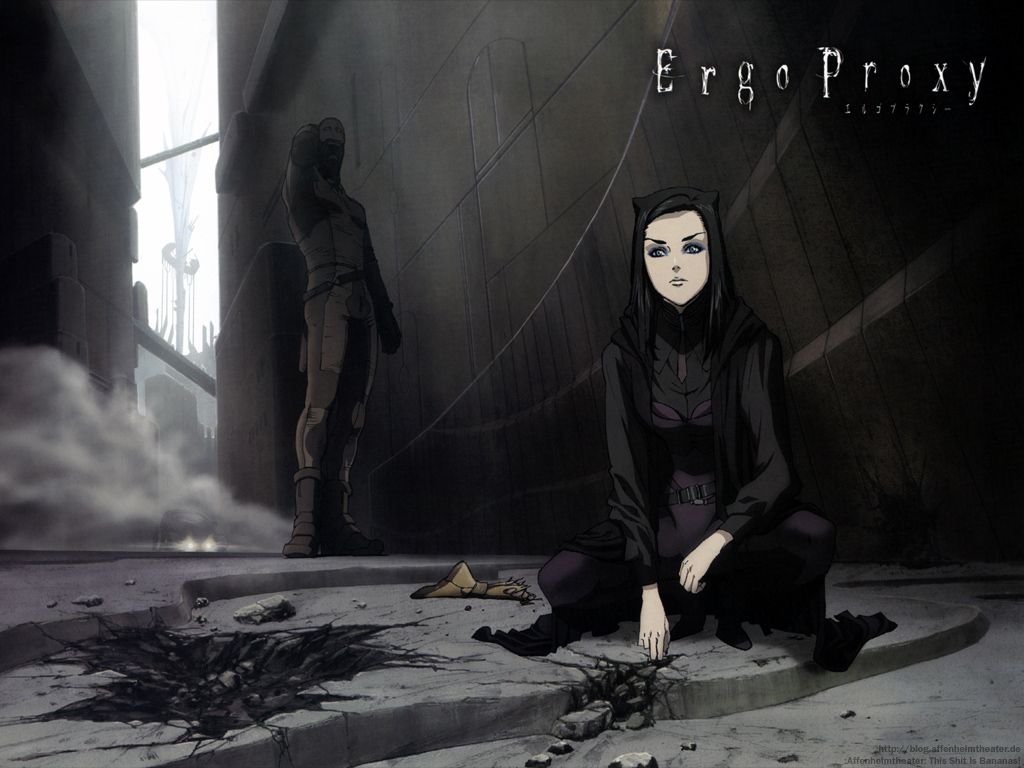 The futuristic city is flat, cold, predictable by design. The calm is, however, a thing of the past when a feminine monster, a Champion, awakes from a lab and wreaks havoc in the city. 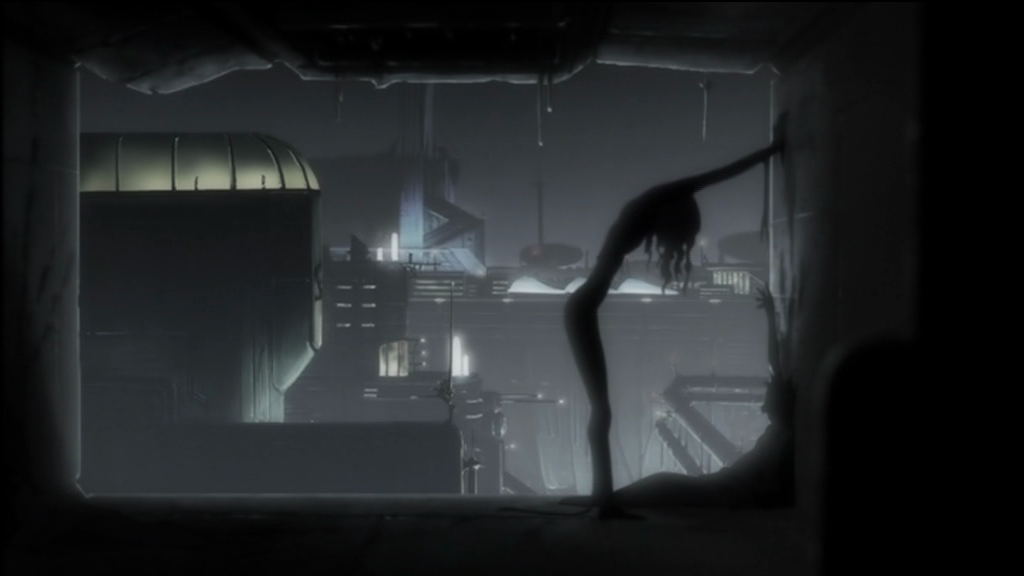 None of the city’s denizens, including the protagonist, are aware of the monster’s existence, or its origin in the Health Department’s secret labs. Only the Intelligence knows the truth: the monster is a Proxy, whose existance is necessary to the city’s well being. Another problem rises when Romdo’s automata, the AutoReiv, acquire awareness through a mysterious contagion, the Cogito. Re-l is assigned to the case and, as she investigates the AutoReiv disposal center, she meets the anime’s male protagonist: Vincent, a menial worker at the center with hopes for a better future. 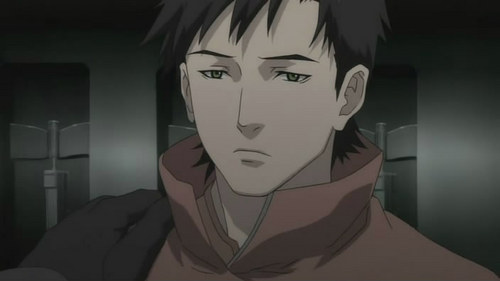 That same night, in her home, Re-l is assaulted by a male Proxy, who licks her lips and then bursts out crying. The encounter shakes Re-l, yet she feels a strange attraction toward the monster.

Unexpectedly, the female Proxy join the scene and fights against its male counterpart. The following day Vincent is found unconscious close to Re-l’s house, and the Safety Departments suspects him of helping out the creature. Now hunted, Vincent escapes Romdo and explores Earth’s toxic landscapes, as well as the hidden mystery of the Proxy’ existence. He is joined in his quest by Re-l and by Pino, an infected AutoReiv child.

Ergo Proxy offers much food for thought: music, design and animation quality converge to create a captivating series that avoids all chichés, although many of the themese touched are not new to sci-fi anime.