Aquarion (Sōsei no Akuerion 創聖のアクエリオン, Aquarion of the Sacred Genesis) is a 26 episode anime series by Kawamori Shōji. It aired in Japan in 2005, and in Italy in 2006.

A long time ago, Earth was at the mercy of mythical beings called the Angels of Darkness (Datenshi 堕天翅), immortal winged beings of immense powers. The uprising of one of them, Apollonius - thanks to his love for the human warrior Celiane - changed however the tides of battle: he defended humanity and restored peace by deploying the giant fighting robot Aquarion (Akuerion アクエリオン). 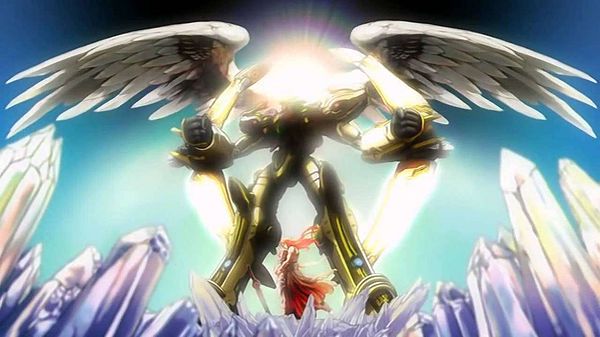 Eleven years before the anime series a global catastrophe struck Earth, decimating its population. The planet’s ice caps melted, causing the resurfacing of Atlandia (Atorandia アトランディア), the place where the Angels of Darkness had been imprisoned. Through the use of flying machines, the Reaper Beasts, and indestructible robots, the Cherubim soldiers (Kerubimu Hei ケルビム兵), the Angels began haevesting humans for their prana (purāna プラーナ), or life energy.

Mankind’s only hope against the Angels are Vector Machine (Bekutā ベクター) - giant mecha that, with the assistance of the DEAVA organization, fight the invaders by assembling into the Mechanical Angel Aquarion, the same that had been used thousands of years ago against the Angels of Darkness. 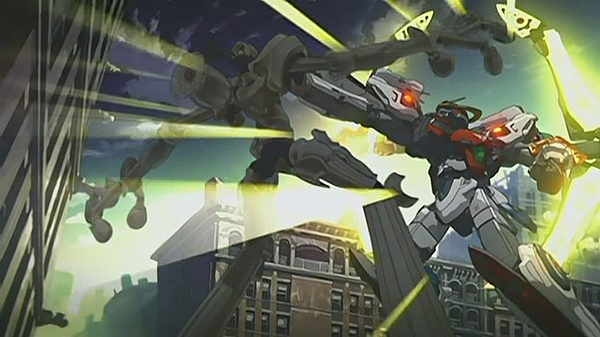 Yet, only a few special few, the so called Elements (Eremento エレメント), can pilot Vectors successfully. According to which Element is piloting which Vector, Aquarion can be configured in many ways, with different powers and weapons at its disposal. 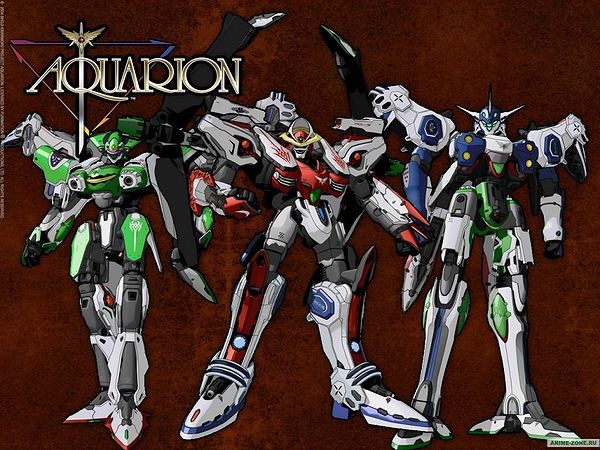 It’s during one of the early fights in the series that the protagonist, Apollo, the 15 year old reincarnation of Apollonius, will find himself at the center of the action.

Aquarion is rich in references to Christian, Hindu and Greek culture and mythology; a thematic depth that well complements the excellent mecha design, soundtrack and animation standards.

A strong suit is the variety of characters, each with their own background and personality. The anime does not excel in originality, but it’s still a well crafted piece, highly suggested to fans of mecha and science fiction in general.

In addition to the series, a manga, two OVA and a film exist. In 2012 aired in Japan Aquarion Evol (Akuerion Evol アクエリオンEVOL), a sequel set twelve thousand years after the first series.