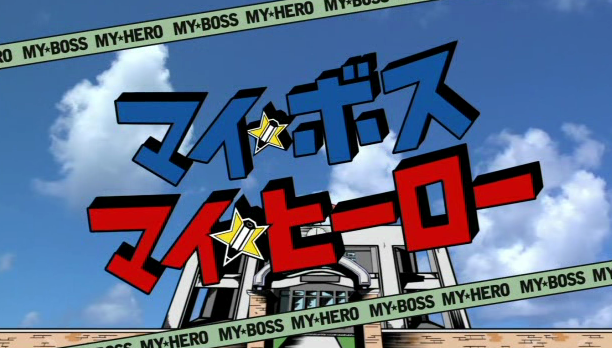 27-year old Sakaki Makio (Nagase Tomoya), nicknamed 'Tornado', is looking forward to a life among the yakuza gang led by his father. Due to his significant lack of wit, however, he is not considered up to the job by his father, who opts to send him back to high school with a deal: should he manage to graduate he might be succeed him, otherwise the father's criminal empire will be inherited by Sakaki's brother, Mikio. Tornado needs, therefore, to fake his way through high school, in spite of his bad temper that often gets him into trouble. He will find friendship and helping hands in classmates Sakurakoji Jun (Tegoshi Yuya) and Umemura Hikari (Aragaki Yui), as well as yakuza underlings Manabe Kazuya (Tanaka Koki) and Kuroi Teruyuki (Osugi Ren).

The high school setting is most common in Japanese tv dramas, with minor variations. Here, much like in Gokusen, the yakuza is introduced as a comic relief element, which surely contributed to the show's success: given the context and the humorous tone, criminal affiliation is more of a comedy trope than a negative aspect – unlike productions in other genres, such as police stories or thrillers.

Another element of success is the cast, which comprises young actress Aragaki Yui and many famous faces from talent agency Johnny's Entertainment. Protagonist Nagase Tomoya is also a member of Tokio, who penned the show's theme song Sorafune. Thanks to his showmanship and comedy abilities, over the years he has successfully starred in many similar roles. Tegoshi Yūya (member of News and Tegomasu) and Tanaka Koki (JE hire and member of KAT-TUN, now in INKT) brought more fans into the fold, in spite of their secondary roles.

The drama's plot is loosely based on South Korean movie Doosabu Ilche (2005).