From Sweet refrain, published in 2013 as a soundtrack to the dorama Toshi Densetsu no Onna, to Flash, released just a month before the album as a theme song for Chihayafuru, the three girls from Hiroshima haven’t left out a single A-side since Level 3. Surprisingly, however, the work manages to sound not rehashed at all.

Throughout the album one feels like on an intergalactic trip, a sci-fi flick in musical form. The album opens with a short intro, Navigate, followed by the title track: an energetic song, chaotic yet ear-catching, an aural big bang of sorts. Through Miracle Worker (reminescent of Tōmei Ningen), we arrive at Next Stage with You, already used in a Mercedes TV ad where cartoon versions of the singers also appeared. The sound reminds us slightly of Daft Punk, and it’s one of the album’s many surprises. The next track, Story, has already been performed live many times, and it surely is one of the album’s top tracks. The mood reminds us a lot of electronic track Party Maker. The following tracks, Flash and Sweet Refrain appear in new, rearranged versions: Flash is a completely new song, while Sweet Refrain is improved by the addition of electric guitar and an improved dubstep section. 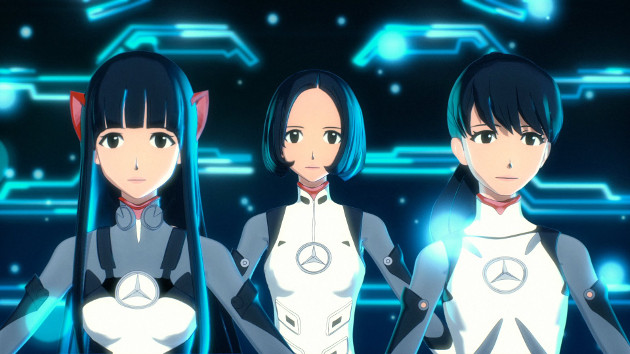 Baby Face (reminiscent of Clean Bandit and Major Lazer) and Tokemeki Lights open the final part of Cosmic Explorer, 4 singles and a b-side. Star Train, written by Nakata to celebrate the band’s tenth anniversary, is enriched by a taiko drum introduction that injects it with new vibes. Relax In The City e Pick Me Up, identical to the singles published last April, well fit both inside the album, and within Perfume’s discography. The following song, Cling Cling is an Album Mix version, with an extended instrumental section: the original had an almost Bollywood flair, this one is more in line with the album’s space theme. Hold Your Hand is the song that closes the album and lets us land, ready for a new adventure.

Cosmic Explorer is sure to be a solid listen, that anybody with an interest in electronic music should pay attention to.