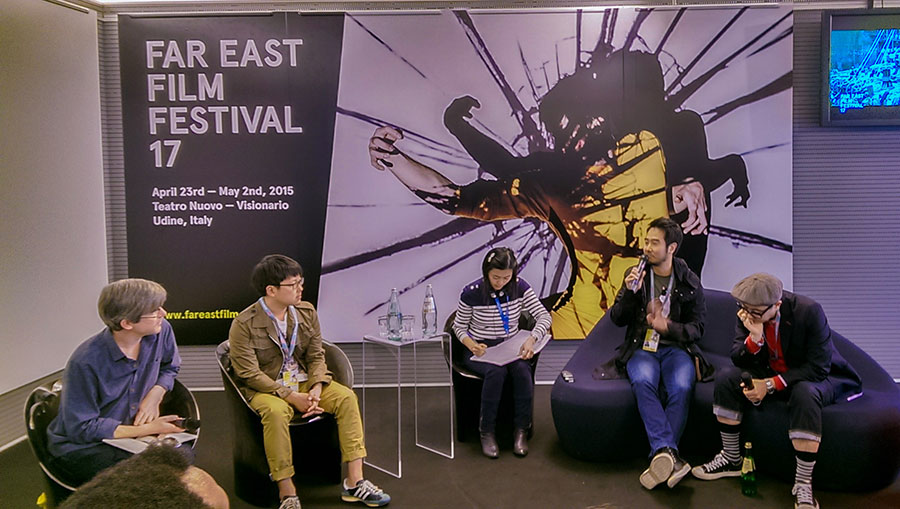 In the room: from the left to the right

This is how the directors themselves introduce their work and vision:

Lee Do-yun: My film is the story of three friends who need to take a choice that might end in tragedy. The question I ask myself is: what are relationships between people?

Lee Won-suk: Many people ask me where I got inspiration for this film. I looked at the fear of change, trying to understand why some people are so conservative.

Lee Kwon: in my film some expectations are created: it would seem to be a love story with comedy elements, yet it morphs into something completely different halfway through. Before starting work on this film I was very worried that it would be divisive, splitting audiences. I wanted to do something different than the usual, and some hated it. I relied on the original screenplay, adapted from a short story, that would have filled maybe 50 mins. In this version the male protagonist has no background at all. And, after all, the plot twist is not that important. Everyday you can see real love stories in which something unexpected happens.

Regardless, the main theme of the film is love. In one of the scenes I took inspiration from my mother's story, in order to really get to know a person it takes time. While experiencing a love story we also experience our significant other's faults, and we must overcome them. The film's protagonist is a simple girl who lives with great difficulties this aspect of life. The moral of the story is that we must always believe in love.

A question for Lee Do-yun about Confession: I find impressive that this film has a dual nature. How can you create such a fresh, innovative film? 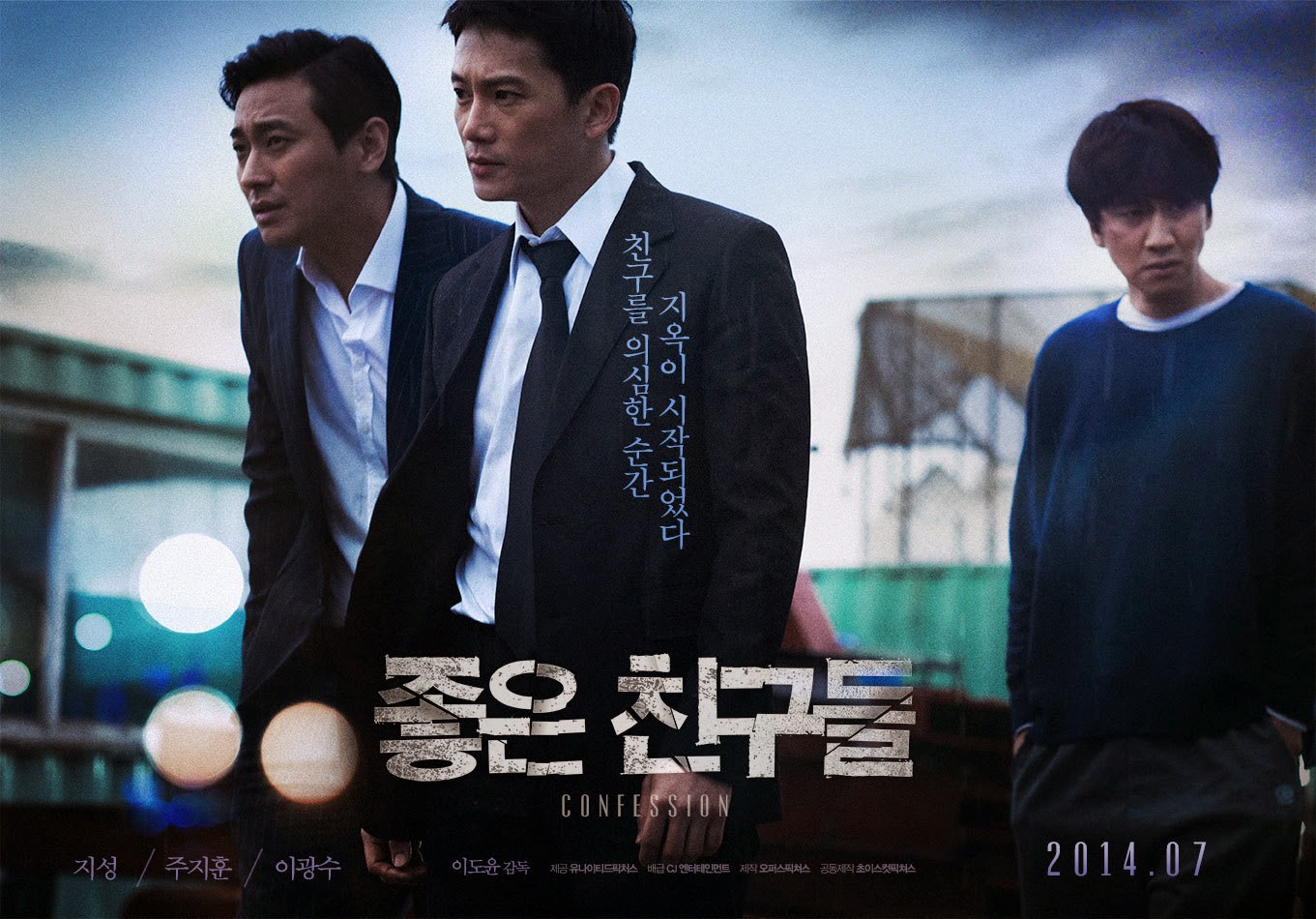 Lee Do-yun: It's true that it's quite difficult to do something innovative in the genre: In Korea often we see the same exact plot time after time. One way you can create something different is through interpretation. In the film we see commonplace scenes, good friends seeing each other everyday. Yet, under this veneer lies run deep. I really focused on the ordering of the scenes. Italian viewers probably accepted two shocking scenes because, in that situation, anyone would behave the same way.

An striking element in the film is the acting: the three main interpreters are very capable, but I think they have definitely raised the bar here. It begs asking how Lee Do-yun manages to squeeze every last drop from his performers...

My strategy is to drink out a lot with the actors (laughs). Jokes aside, in Korea we often have serious conversation while drinking. The film's characters are all the same age, but there are more than 9 years of difference between the actors. Throughout casting I focused on how to motivate them, trying to give them roles appropriate to their temperament; I made sure they were friends long before filming started. To this regard, I feel very lucky.

We then move on to Lee Won-suk, and his Royal Tailor.

Lee Won-suk: First of all, I would like to say that the true protagonist of my film is the hanbok, the traditional Korean attire. I wanted to start off with a scene centered around a Western style dress, in a stylish shop window. But the costume designer then asked: “Do you think Western clothes look better than Korean clothes?” I documented myself as much as I could on 500 years of Josen history and I chose the best garments. Skilled artisans then created all the dresses you see in the film. For the emperor's gown it took 6 months and 100.000.000 won (abut 85.000 euros). It's been really hard.

Then comes the relationship between characters. The main actor, Han Sok-kyu interprets a very reactionary character. I haven't talked about this at all, not even in Korea. Originally the character was homosexual, and you can tell from the passion he puts in the clothes and toward the other protagonist. But the whole production was against this. 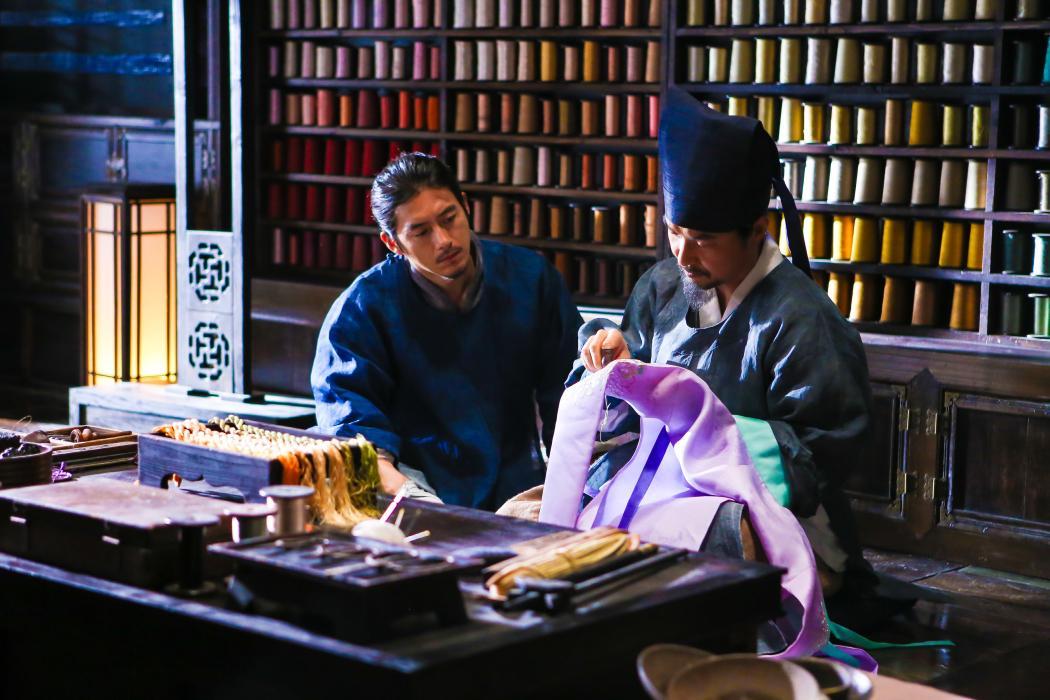 Why are Korean films so big now?

Lee Do-yun: The success of Korean films abroad I think has to do with the growth of Korean economy, and the fact that we work almost 24 hours a day. There are also many people who strive to become directors. I dislike how commercial korean cinema is becoming, there are fewer and fewer arthouse films.

Lee Kwon: I completely agree with Lee Do-yun: many films look factory-made. A change is needed, but I see a deep crisis in Korean cinema.

What changes when you work with a major film company?

Lee Won-suk: In my case there has been great collaboration between the producers and distribution, but we don't have complete freedom.

Lee Don-yun: I have been lucky with my debut film: I found a very motivated producer who took care of dealing with the distribution, giving me total creative freedom. In this sense I have been very lucky, and hopefully it will go as smooth next time.

And, to conclude, future projects.

Lee Don-yun: I am working on a film that will hit the theaters at the end of the year. It's different, it's an action movie, hopefully I'll see you at FEFF next year with this film!

Lee Kwon: I am working on two films. One is a low-cost about adolescents. The other is a remake of a Spanish film, Sleep Tight: we bought the rights, it should be interesting to see the results.

Lee Won-suk: My next film will be a musical, and then a film in China.