After The Woodsman and the Rain and A Story of Yonosuke, director Okita Shuichi (1977) returns to Udine's Far East Film Festival to introduce Ecotherapy Getaway Holiday.

If in 2009's The Chef of South Polar the protagonists found themselves confined for a year in a South Pole base for work, the theme of one's distance from civilization is exemplified by seven over 40 women's isolation after getting lost in the woods.

A sightseeing tour of a waterfall renowned for its beneficial effects (due to negative ions) turns for the seven protagonists into a journey of reciprocal discovery. 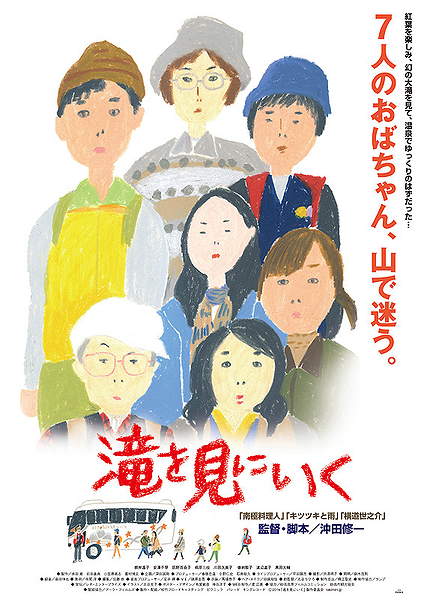 The cliques formed on the tour bus gradually fall apart as each woman comes undone, her true self emerging behind the disgregating social norms and disappearing filters. The woods become a stage of sorts, where the protagonists lay bare their fears, anxieties and strenghts typical of contemporary Japan's 40 year olds. There are photography aficionados, Tai Chi practitioners, adepts at helping others: each one of them narrates, through her hobbies, her own life story and private existence.

Another excellent film from this Japanese director, peppered with comedy moments often delivered by the character of the clumsy tour guide: he is the one who, in spite of being tasked with taking the women to the waterfall, will find himself lost in the woods.