Japanese Heels - The iconoclasm of the present: digressions on Murakami Ryū

Japanese Heels - The iconoclasm of the present: digressions on Murakami Ryū

Thoughts, words, visions frail as the thinner of the heels. A column by M.me Red.

It wasn't the rumbling of a plane. It was the buzzing of a bug hovering behind my ear. Smaller than a fly, the bug wandered before my eyes for a bit, then disappeared in a corner of the dark room. On the white, round table that reflects the light from the ceiling there is a glass ashtray. Inside it a thin cigarette, smudged with lipstick, burns away. On the edge of the table there is a pear shaped wine bottle; on the label is a blonde woman with some grape in her hand, and she's filling her mouth with it. Even the trembling surface of the wine inside the glass reflects the red light from the ceiling. The table's legs disappear in the thick rug. Before me is a huge mirror. The woman seated seated in front of it has her back covered in sweat. (Murakami Ryū, Almost Transparent Blue, incipit).

It's stronger than me. Every year, when the Nobel talk comes up, I always find myself thinking – if it has to be Murakami, make it Ryū.

This is only partially a provocation. It's well known that Haruki is not my favorite author. While I can't ignore his role in the cultural context of the '80s, when I have to describe his style I find myself reaching for words such as banal, repetitive... his narrative being, essentially, 'national-popular'. By the tenth line I always find myself haunted by deja-vu. It's been this way since the first time, when I read Norwegian Wood. Kerouac's shadow was overpowering, not to mention the silent, mute female characters, always ready to lend a compassionate ear to this or that male protagonist. The only novel of his I legitimately enjoyed is A Wild Sheep Chase.

A thousand times better is disillusioned Ryū, provocative, uncomfortable; always capable to see moments before the point where the plot threatens to unwind in a perfect, intact surface... Let me show you closer.

My head is full of worms, I kept thinking, and while looking at myself in the mirror I began to think it might be true. I told myself my body was nothing but nipples and the meat down there, and only those parts I felt swelling inside me: the same way in Antarctica or other places like that you can only see the tip of an iceberg, inside me only the nipples and the lips down there emerge. (Ryū Murakami, Tokyo Decadence, Mondadori, Milano 2004, p.11). 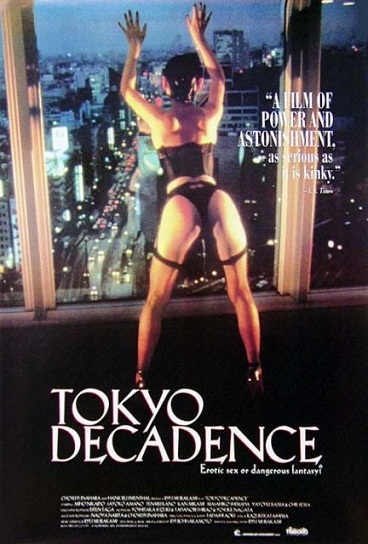 A controversial and iconoclast author and director, Murakami Ryū (1952 -) comes to the fore when he publishes his first novel, Kagirinaku Tomei ni Chikai Buru (Amost Transparent Blue, 1976), a crude and ruthless portrayal of the offsprings of the baby boom generation, lost in a psychedelic voyage in which sex, drugs and violence are experienced without inhibitions. In the following years, Murakami confirms his skills through public acclaim and critical accolades.

Topāzu (Tokyo Decadence, 1988) is a collection of short stories that takes us to the dark underbelly of an only apparently harmonious society. Guiding us in our explorations are the voices of its young protagonists: prostitutes, women reduced to bartering their flesh in a world dominated by an all-devouring consumerism. 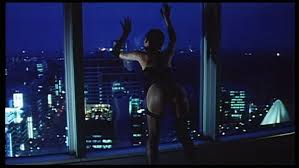 Ferocity, sadomasochism, perversion: one story after the other, Murakami tells us, with his signature clinical style, how humiliation's bars are lowered and lowered, both physically and mentally. There are no metaphors nor embellishments: in a crescendo of decadence and cynicism, even that last bastion of innocence – the memories of a youth in which one could still dream of pure love – are swept away.

Still, Murakami's characters seem to prefer this violent underbelly to the suffocating perfection of a daily life enveloped in politically correctness and mediocrity. Often compared to Ballard, on Ryu's pages the rule is excess brought to the heights of aesthetic and moral paradigm, the only acceptable form of resistance to the flattening of contemporary life. The cracks in this surface break apart and allow evil to seep through.

The true provocation of Murakami does not lie in his shocking imagery, oozing bodily fluids, drugs and alcohol. His iconoclasty is in the doubts it suggests: does a fragment of humanity still exist in this pit of abjection? 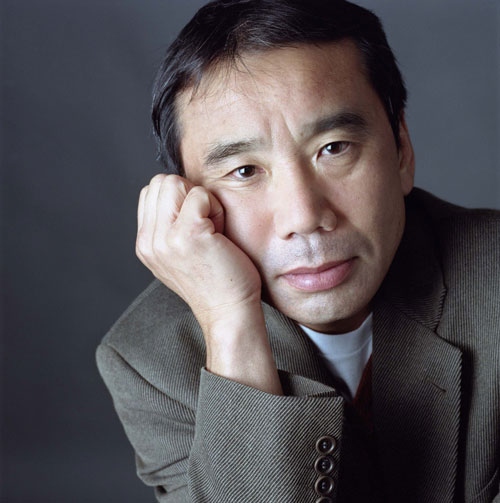 This said, what is the Nobel? The Greenwich Mean Time of world literature, Pascale Casanova would say. Starting from old Europe, year after year it tentatively moves further and further overseas, and toward Asia; following the tensions of globalization and nationalism. But, what is world literature? A new canon? Or – as Damrosh suggests – a way of reading? What is that determines a text's belonging to the canon? If we recognize that the moment of fruition is now more important than the moment of production, and a work becomes 'global' as it gets translated and distributed... well, then Haruki for President...

Assuming the Stockholm Meridian will move... wait.. where? Haruki hasn't been living in Japan for years...!