Thoughts, words, visions, fragile as the thinnest heel. A column by M.me Red.

The color of m.me Red is certainly red, but not just any red: that darker hue with a touch of noir. A color that fits well one of my favorite authors, Natuso Kirino – who was named by Daisuke Hashimoto 'the one, true innovative voice in Japanese literature in the past 20 years' – and one of her greatest successes, A Cruel Story. 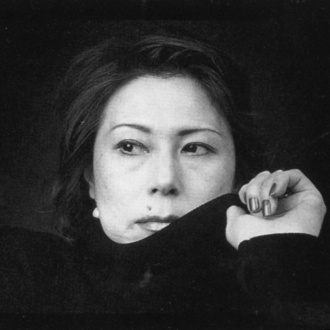 The novel is a sulfurous business, whose pawns are life, death, writing itself: an author hiding behind a pen name, a manuscript retelling a life's story, a letter that casts doubt on the novel's veracity. A disappearance. Where is the truth? What is truth? Each word,each sentence seems to destabilize the preceding one, and the narration turns out to be unreliable, time after time. The cruelty lies in the story being told, ten year old Keiko – the narrating voice – being kidnapped and held captive by Kenji, a man­child who is both victim and perp: in his actions cruelty and kindness entwine; and it's on this anomaly that Keiko will eventually create a disquieting bond with her captor, giving away the last shreds of an infancy already wounded by a dysfunctional family life. Keiko's rescue does not end the nightmare: the abysses of media attention envelop her, and the girl reacts by isolating herself, feeding her anguish by isolation, until her dark fantasies find an outlet through her explosive success as a writer.

Once more Kirino tells us the story of a woman, and her surgical writing explores her suffering, a desperation that finds its roots long before the triggering event, in a suburban life characterized by blind apathy and lack of family affects. If this is the context her captor takes her from, what hope can there be of a return to normal life? Novels are castles of lies, tells her Kenji years later, but they are the only safe refuge for someone like her, who has built her safety behind such a castle of lies. Memories come back with a vengeance – the horrid smell of Kenji's room, his footprints on the tatami, the rusty aftertaste of tap water, the smell of food wafting at dinner time from other homes – and they ask to be told. The desire for closure is gagged, however, by the fear of looking within oneself with honesty and courage. So, the confession becomes reticent, events lose their clarity, shadows appear. And this is the allure of A Cruel Story, a narration that sits somewhere between fantasy and reality and, in a game of mirrors, keeps the reader glued until the last page.